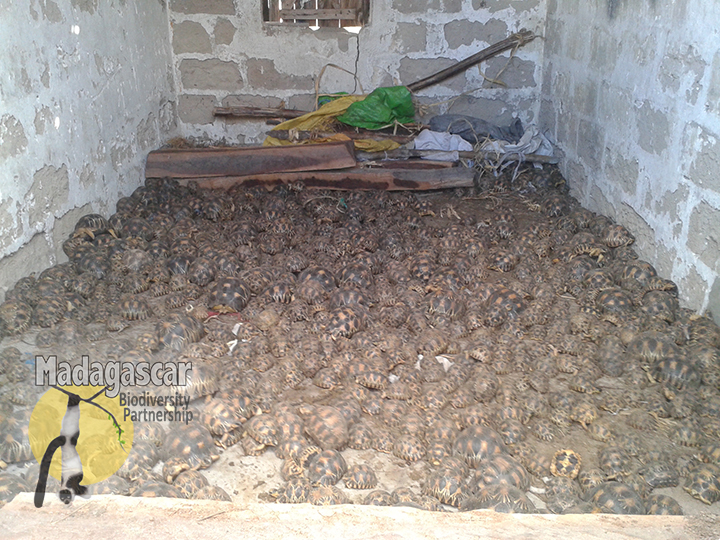 On July 3rd 2015, Radiated Tortoises were poached from their natural habitat in Lavavolo. A large group of the community and the Gendarme (Malagasy Police) chased after them. With the help of the Malagasy National Parks (MNP) and the MBP, six people were caught by the Gendarme. About 86 tortoises were seized, a few died and about 80 were released at Itampolo.

Another 832 small tortoises were seized July 6th near Lavavolo. Three people were involved. These tortoises hadn’t been fed in over a month. The MNP’s head was not available to take care of these staving tortoises. So the Gendarme and the MBP are working to get them water and cactus to eat to reduce casualties.

The MBP has been working directly with the MNP, the Gendarme and the local villages to protect the tortoises from poachers. Dr. Louis and the MBP staff are dedicated to continually implementing a meaningful and responsible stewardship for protecting the community’s biodiversity and heritage.

Click to learn more about this awesome new group of volunteers! Read More

January 2019 Volunteers! The wonderful volunteers who started off 2019 strong for us, both at... Read More

Welcome our new volunteers to the field! The October cohort is a big one full... Read More