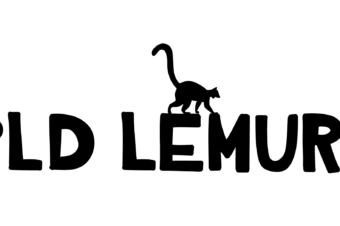 This will be the 3rd annual World Lemur Day, which is held on the last Friday in October. Let’s all celebrate this day by raising awareness of the importance of lemur conservation. On Friday, October 28th we will be having a large Planting Event in Madagascar to celebrate this special day! We are so excited to have the community involved in this event. It not only empowers them but it educates them as well. The … Read More

CONGRATULATIONS to all those who contributed in our most recent manuscript “Diversification of Angraecum (Orchidaceae, Vandeae) in Madagascar: Revised Phylogeny Reveals Species Accumulation through Time Rather than Rapid Radiation” Check out this interesting study on the family relationships within orchids! http://journals.plos.org/plosone/article/asset?id=10.1371%2Fjournal.pone.0163194.PDF 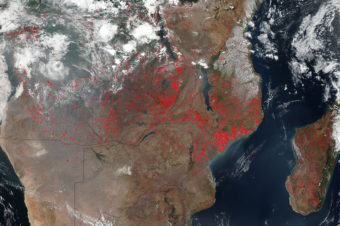 This satellite imagery taken from #NASA on September 8th, depicts just how extreme and widespread the forest fires are in #Madagascar. As this article states; “The location, widespread nature, and number of fires suggest that these fires were deliberately set to manage land.” This is truly heartbreaking for us to see because Madagascar is considered to be one of the most diverse and ecologically important #biodiversity hotspots in the world. The country contains many highly … Read More

For all those in the Southern California area tomorrow, please check out The 8th Continent Show in downtown Los Angeles! Science, art and conservation will beautifully collide in this unique one-day exhibit. Join Evan Skrederstu and many other talented artists as they showcase artwork that celebrates Madagascar and its wondrous species.***This show will be supporting conservation efforts directly and a percentage of the proceeds will be donated to the MBP!!*** Click here for more details! … Read More 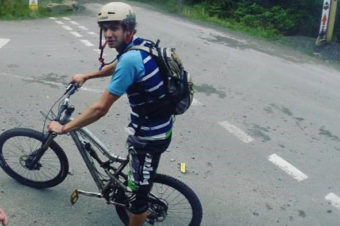 Please welcome the MBP’s newest volunteer, Will! He is going to be working with the reforestation team in Kianjavato. We are happy to have him on board 🙂   Intro Bio:   Hello team MBP! Will Lister here giving a late introductory blog, in September I shall be joining the reforestation team. Originally from Bristol in the UK I am part way through my Bsc Hons in Wildlife Conservation at Liverpool JMU University.  Prior to … Read More 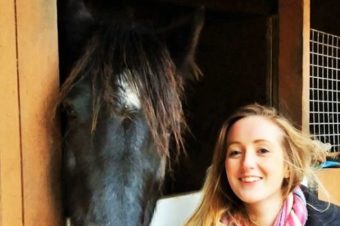 The MBP is happy to introduce one our newest incoming volunteers, Eve! She will be joining the Prolemur simus monitoring team later this month. We are extremely excited to have her on board!   Intro Bio: “Hi, I’m Eve. I’m originally from Lancaster in the UK, but I’ve spent the last year near London completing my MSc in Conservation Science at Imperial College London. My research focused on conservation leadership, and while I have loved … Read More 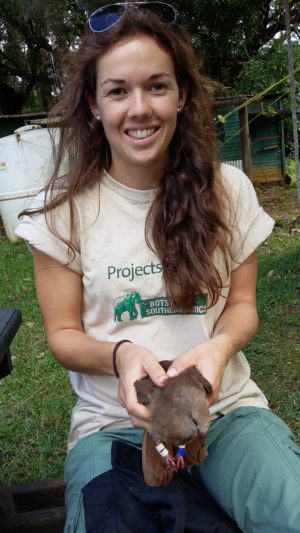 We are pleased to introduce another one of our newest MBP Volunteers, Tess! She will be heading to Madagascar in late September and will be apart of the Prolemur simus Monitoring Team. We are excited for her to be part of our team!   “Hi, I’m Tess from Sydney, Australia. Growing up I had ready access to the picturesque Blue Mountains, Sydney’s finest National Parks and Australia’s weird and amazing nature and wildlife. This led … Read More 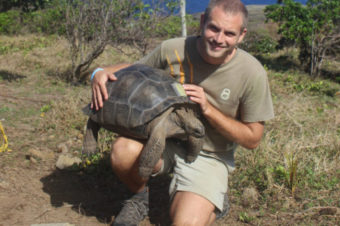 We are excited to introduce one of our newest volunteers, David! He will be joining the Varecia Monitoring team at the end of September. We are thrilled to have him join our team in Madagascar! Intro Bio: “Hi, I’m Dave from Southampton in the UK. I graduated from the University of Nottingham in 2010 with a BSc in Zoology. After graduating I left the UK to train as a safari guide in South Africa where … Read More

Dr. Cynthia Frasier’s presentation, “Influences on the Greater Bamboo lemur Space use in Kianjavato, Madagascar” is going to be one you won’t want to miss if your attending the Joint Primatology Meeting of IPS and ASP: Chicago 2016! She will be presenting on Tuesday, August 23rd at 5:15 pm!

Dr. Edward Louis will be presenting “Ten-Year Perspective of a Reintroduction/Translocation Program for the Diademed Sifaka (propithecus diadema) in Analamazaotra Special Reserve, Madagascar” The video below contains some very rare footage, captured by Dr. Louis himself, of two male Diademed sifakas eating and scavenging for seeds on the forest floor in Andasibe, Madagascar! These guys are offspring to the original 26 Diademed sifakas that were part of the highly successful Reintroduction/Translocation Project which began back … Read More

We are excited to be attending the International Primatological Society (IPS) and the American Society of Primatologists (ASP) conference this year! It will be held August 21st through the 28th at Chicago’s Lincoln Park Zoo. This conference is especially notable this year because it will mark the 20th anniversary since the most recent joint IPS/ASP meeting. Three of our very own doctors are scheduled to give presentations so we hope to see you all there! … Read More 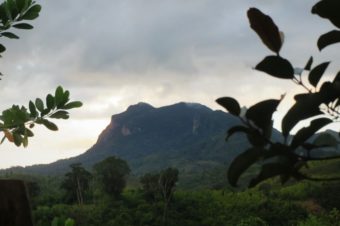 Just keeping going & the mosquitoes won’t get you!