CONGRATULATIONS to all those who contributed in our most recent manuscript “Diversification of Angraecum (Orchidaceae, Vandeae) in Madagascar: Revised Phylogeny Reveals Species Accumulation through Time Rather than Rapid Radiation” Check out this interesting study on the family relationships within orchids! http://journals.plos.org/plosone/article/asset?id=10.1371%2Fjournal.pone.0163194.PDF 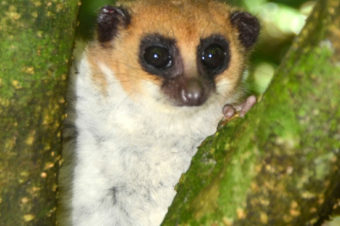 Omaha’s Henry Doorly Zoo & Aquarium (OHDZA)’s Conservation Genetics Department and the Madagascar Biodiversity Partnership (MBP) have discovered a new lemur species. It is the 23rd species of lemur that has described by the OHDZA Genetics Department, since began it’s conservation efforts in 1999. This lemur has been named in honor of Andy Sabin, who has contributed support to numerous projects in Madagascar including lemurs, tortoises and amphibian conservation efforts. A big congratulations and … Read More