The Analamazaotra Special Reserve (ASR) is an evergreen rain forest, located 147 km east of Madagascar’s capital city of Antananarivo. The ASR, also referred to as Andasibe after the neighboring local village, was initially part of a continuous forest that included Mantadia National Park to the north, Maromizaha Classified Forest to the southeast and Andosibe an’ala to the south. Although all four are now relatively isolated forest fragments, Andasibe-Mantadia National Park and especially ASR remain one of the most popular tourist destinations in Madagascar due to the guaranteed opportunity to view quite closely the Indri, Madagascar’s largest living lemur. These rain forest habitats are home to vast biodiversity, including many endemic rare and endangered species. The endangered Diademed sifaka and the critically endangered Black and white ruffed lemur were once among the fauna found in ASR. In 1973, hunting pressures led to the regional extinction of the Diademed sifaka, and three years later the Black and white ruffed lemur followed. 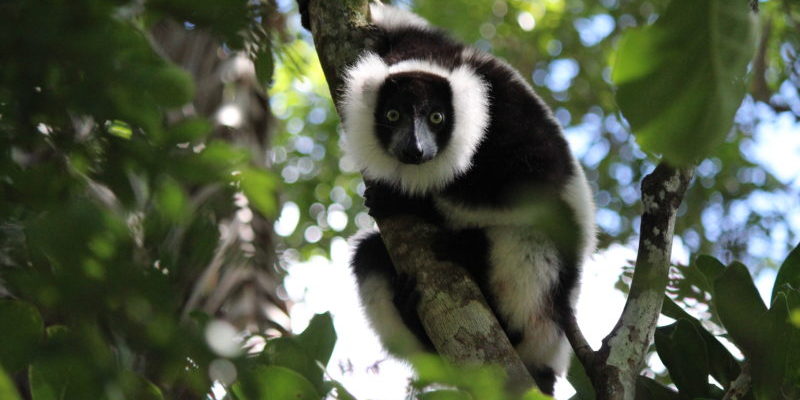 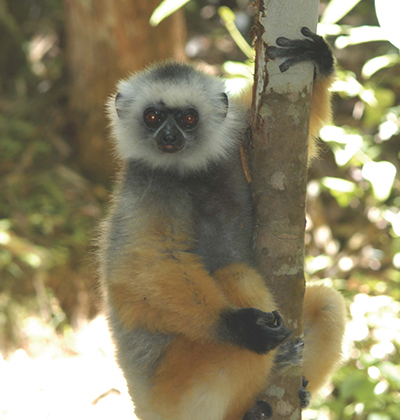 Beginning in January 2006, after more than four years of planning, the Madagascar Biodiversity Partnership (MBP) and Omaha’s Henry Doorly Zoo & Aquarium (OHDZA), in collaboration with Madagascar National Parks (MNP) and Eaux et Fôret, initiated the first ever attempt to recover a species’ former distribution in Madagascar. Following the IUCN re-introduction/translocation guidelines, the MBP initiated the Analamazaotra Re-introduction/ Translocation Project (ART Project) by returning the Diademed sifakas and Black and white ruffed lemurs back into their historical habitat range within ASR. Currently, the collaborative multi-disciplinary project has evaluated the biomedical, genetic, habitat, nutritional and reproductive parameters while monitoring daily the radio-collared translocated/re-introduced 26 Diademed sifakas and 8 Black-and-white ruffed lemurs. The Diademed sifakas were trans-located from three sites (Mantadia National Park, Sahanody Classified Forest and Ambatovy Classified Forest), and the Black and white ruffed from two sites (Mantadia National Park and Anosibe an’ala Classified Forest). In every case, the entire social or family group to be translocated was evaluated prior to the translocation event, and the group was chosen due to mitigating circumstances that existed in the forest of origin.

The ART project has succeeded by re-establishing the wild lemur populations, collecting data, preserving fecal samples for hormone analysis, increasing protection of ASR and habituating there-introduced groups to human presence. These reintroduced lemurs, taken from threatened populations or small unsustainable forest tracts, are doing so well that visitors have been lucky enough to see several generations of babies born at the park. This project has also helped the Malagasy community through the training of Malagasy doctorate and graduate students and two local field guides and educating the local communities about the biodiversity of their local ecoregion.